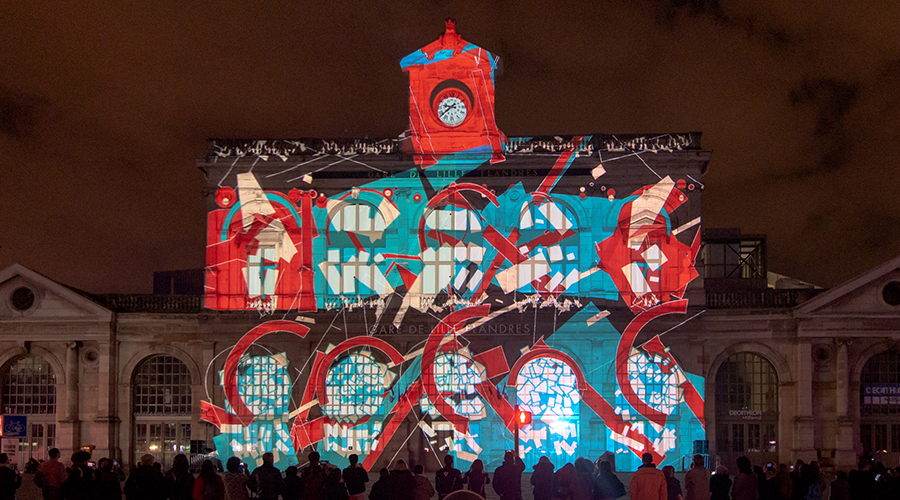 It is with great disappointment that we are compeled to cancel the Opening of the Video Mapping Festival #3.

After working on several possible arrangements to comply with the successive orders released to stop the spread of the coronavirus (COVID-19), the new national directives constrain us to cancel the following events:
. Creative challenge – 29th of March > 1st of April
. IBSIC (Image Beyond the Screen International Conference) – 2nd > 4th of April
. Opening Night (video mapping tour) – 3rd of April
. The behind the scenes of the Festival (Video Mapping Awards, workshop for beginners and meeting with the artists) – 4th of April

Given the current situation, the postponement of the entire event in the year 2020 seems impossible, therefore:
. The video mapping created for the video mapping tour in Lille will be shown in 2021 (Friday 2nd of April 2021 in Lille – to be confirmed).
. The conferences initially planned as part of IBSIC will be postponed until 2021 (from 1st to 3rd of April at Arenberg Creative Mine and Lille – to be confirmed).
. The Video Mapping Awards, competition rewarding the best productions of 2019 in the world, will be postponed until the closing night of the Video Mapping Festival #3 in Arras – to be confirmed.
. The productions created with children from the Métropole Européenne of Lille during educational workshops, which should have been shown during the tour in Lille, will be shown to the participants and their families only, in small groups, on a day that will be chosen in the next few weeks.

The events of the Video Mapping Festival in region are maintained or postponed.
> More info

The Rencontres Audiovisuelles team and the Executive Board warmly thank the artists, the technicians, the IBSIC speakers, the supervising staff, the volunteers and the suppliers who have been invested in the organisation of this event for months.